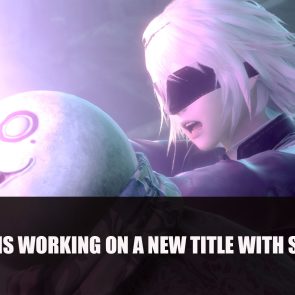 Creator of NieR, Yoko Taro has confirmed he is working on a new digital-only title with developer Square Enix and it will be an “unusual” one.

Yoko Taro confirmed recently in the video presentation live stream for NieR Replicant Ver. 1.22474487139 which releases this week, that he is working on another title with Square Enix. Gematsu shared details about the Japanese live stream which they translated into English. This title will be digital-only, which he describes as a “somewhat unusual game” and that he actually has “no idea how to explain or sell.”

Despite these details, Taro shared it will be an “off-beat game”, feeling both “nostalgic and new”. The game sets to be more of an indie title, which will be downloadable, but a special package version might be possible.

As for the details of what the game is actually about, there will be more news soon, as soon as a few days. Could it be related to the NieR series? Or will be a completely new direction? We’ll have to wait and see. Either way, it will be weird and wonderful, as we’d expect nothing else from the NieR creator.

NieR Replicant Ver.1.22474487139… is releasing this week on April 23rd. New details were released about extra content coming to NieR Replicant such as extra dungeons called “15 Nightmares”, crossover costumes with NieR Automata, and much more.

Previously producer Yosuke Saito teased that there will be a number of connections between NieR Automata and Replicant, with “extra story sections” as well as something for “Dad NieR” fans.

For more news be sure to check out next NieR Replicant Ver. 1.22 Gets Extra Content Trailer Plus Screenshots and Genshin Impact Announces 1.5 Update & PS5 Version Launch.