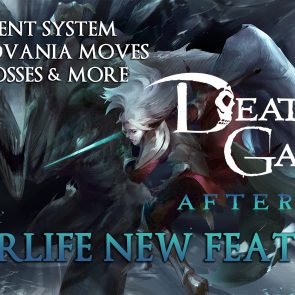 Publisher Serenity Forge and developer White Rabbit have revealed the release date for the expanded edition Death’s Gambit: Afterlife. In this article, we’re going to talk about what’s new for this edition including content, talents, weapons and more.

Death’s Gambit: Afterlife was announced back in June of this year as an expanded edition of the original. It will be releasing on PC and Switch on September 30th, with the PS4 version releasing sometime in 2021. It will be released for $19.99, but those who already own the base game will receive the update for free.

Afterlife will double the size of the original game adding a host of new content including new bosses and news levels. There is also a number of changes in terms of systems including a revamped Talent tree. 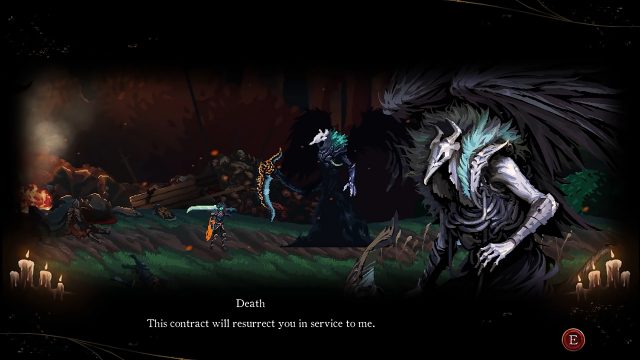 Not only will the game receive a number of tweaks, but also new content and additions. The Afterlife addition adds 6 news bosses, 10 new levels, 22 new weapons, 100 talents, skills, storylines, cinematics, gameplay enhancements and much more. There is also a full new map that was not in the original game, making exploration more in-depth. There are also multiple endings, crafting and a world map to look forward to. There will also be new music tracks to enjoy as you’re exploring the new areas of Afterlife and are featured in new boss fights. 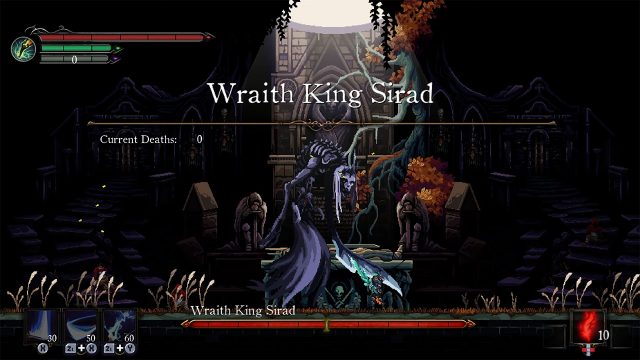 In terms of how much longer will the game be now, the game has received a number of additions, the Afterlife is about the size of the original game according to the developer. The areas have all been revamped with the exception of Gaian’s Cradle which has stayed mostly the same. You can also access new levels, for example Gaian’s Cradle you can gain access to two new areas.

Each area now has new enemy placements and for some even new enemies to face. Out of the ten levels, six are larger areas to explore and four of them are on the smaller side. The developer estimates the bigger areas to take around an hour to complete, while the smaller ones around 30 minutes, but it depends on how meticulous you are in discovering each level’s secrets. As a whole, they estimate 6 hours plus to beat Afterlife, of course this will be down to your own playstyle and how you progress, but this doesn’t include the heroic bosses which pose more of a challenge.

In terms of difficulty, White Rabbit explains while certain things may be “more difficult” it will depend on the content you face. Whether you decide to go after new armor which will pose more of a challenge to gain, or face the new heroic bosses which are optional. The example they gave for more difficult content would be content past the original ending of the game.

The Talents system is getting a big overhaul, not only adding Advanced Talents but the ability to create hybrid builds. Players will gain a General Talent tree and a Class-specific tree. There are also Advanced Talents that unlock in the endgame, which can be used well into New Game+. There are about 100 talents, originally Death’s Gambit has 20. There is also an increase in talent points, you gain up to 40, with around 14 from a single playthrough if you do everything.

While you won’t be able to complete the entire Talent tree in one playthrough, the points will be more readily available, with an increased number available and will be purchasable at Shops with item Seeds of Knowledge. 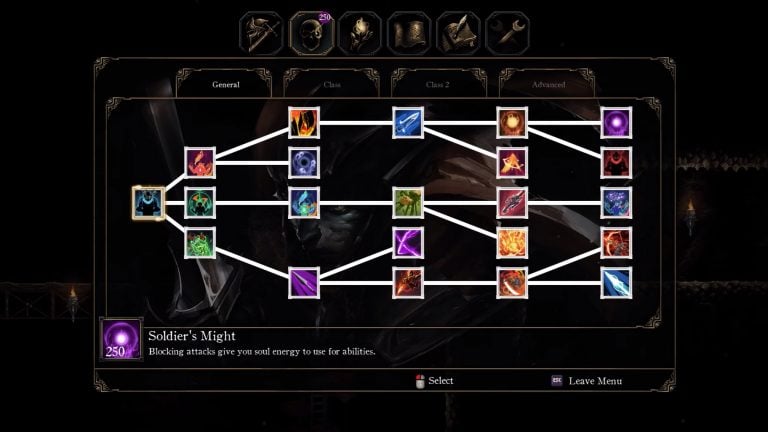 You will unlock a third talent tree roughly half way through the game, being able to pick a second class. After beating the final boss of the original game a fourth tree is unlockable, providing a much more expansive talent system, ideal for progressing through New Game+ and beyond.

Weapons will be getting an update with quality of life improvements, improving hitboxes. The Greathammer now scales with Vitality and the fire ability for the Great Sword has also gained some changes.

Players can now also test out every weapon before making a commitment through Character Creation, which is a great feature to trial different weapons. The combat has also been improved, letting you switch directions before the beginning of an attack, so you can change without committing to an attack that you know would miss. 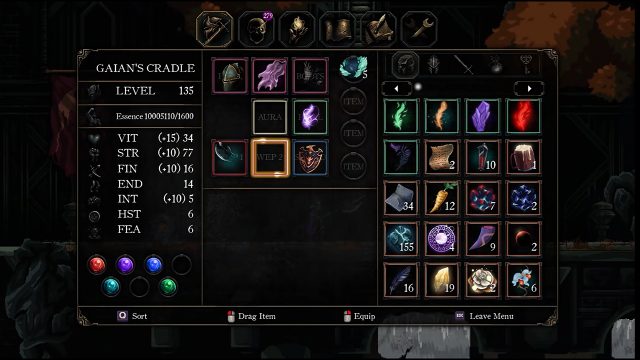 Changes have also been made to the weapon system, if you don’t have a secondary weapon equipped, you will perform a different attack animation with your primary weapon. There are 22 new weapons coming with Afterlife, most of which are dropped from Bosses or can be crafted from Bosses. What’s great is that these aren’t just reskinned, each has a unique effect.

New Armor will be available in the expansion. As the game stands the armor is described by the developer as tier 1, tier 2 and tier 3, with tier 3 being obtained from the more difficult bosses. However the addition of new heroic bosses, tier 4 armor will be available from crafting. Boots from finding Golden Carrots, a cape from collecting a large number of souls, and the helm available through the new crafting system. Tier 5 being the most difficult to obtain, which means crafting through multiple New Game+ runs. 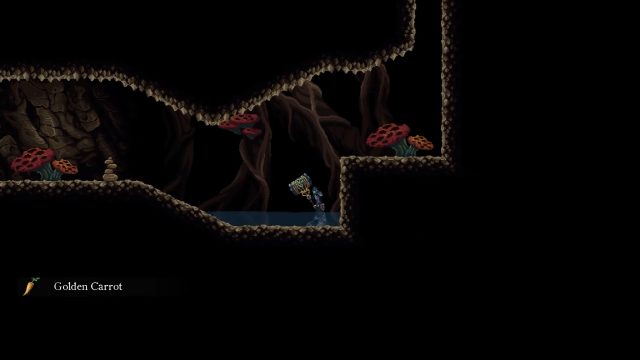 Another addition to Afterlife is Perfect Blocking, which was inspired by Sekiro. If you achieve a Perfect Block against an enemy, you can retaliate right after, giving you the advantage. You will also find more metroidvania type improvements for exploration being able to Double Jump and Air Dash. 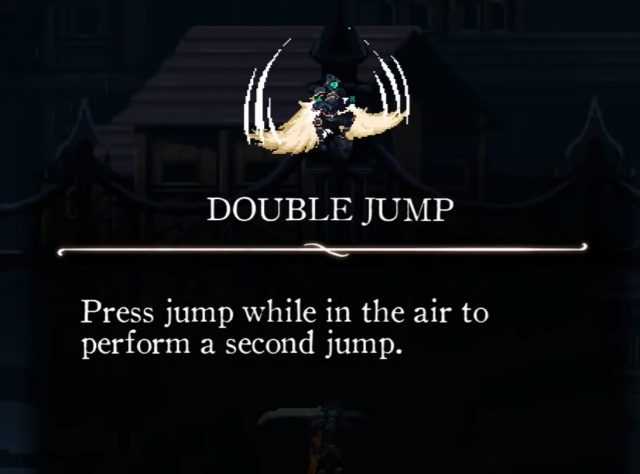 There is also Crash Down letting you blind enemies but it also has a cooldown, meaning you can’t abuse this move. Changes have been made to Kick, you now Slide instead. Jumping on flowers will let you now jump infinitely for 12 seconds. One new move lets you teleport to save points, and one that can enable you to enchant and scarp items at any save point. 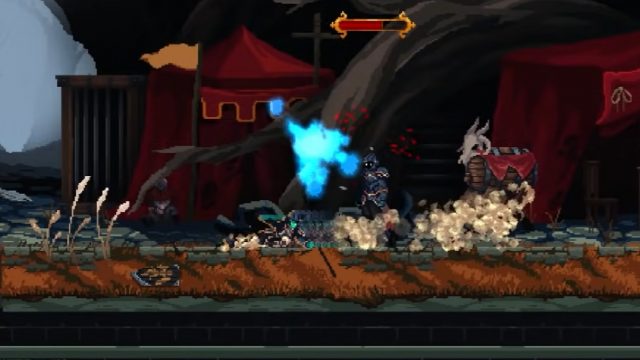 Players will find some changes with Stamina regeneration as well, it will instantly regenerate with the use of abilities. Heals have also changed, now being much faster, speeding up heals but healing for less. 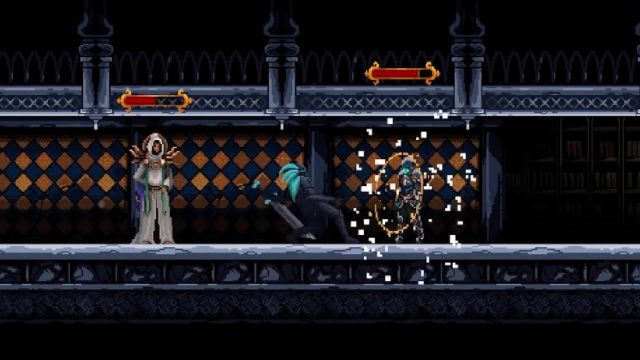 Stats are also getting an adjustment, with Endurance and Haste this will cap at 30 in the expansion. Each point will increase Damage, Stamina and Cooldown Reduction significantly more.

The developer confirmed that players will be seeing more of their favourite characters including Death (played by Critical Role’s Matt Mercer) to “clear up a few” things. The dev explains that players may have not gotten all the answers they wanted about the narrative and hopefully, this expansion will give more details about Thalamus‘ intentions and more about Endless. 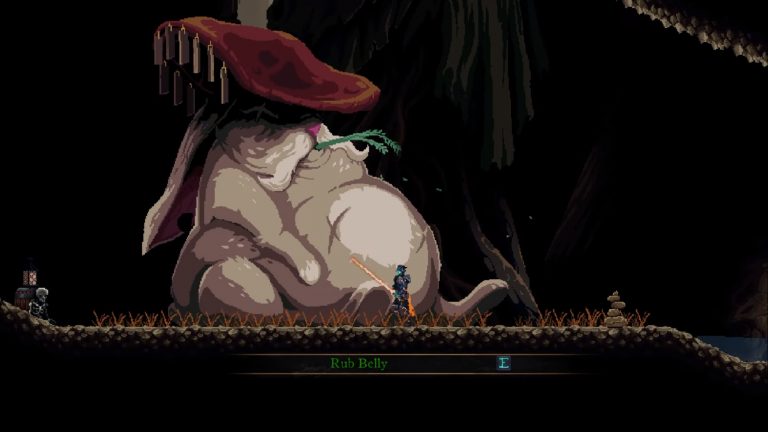 You will also be probably seeing more of Ione, and Vrael, who are just some of the characters making further appearances as well as new characters. One new character you will meet is Wraith King, a new boss coming in the expansion. All in all, you can expect more than an hour of new cutscenes which is more than the original game. This will definitely build upon the Lore of the game, adding more insight in the narrative.

While the White Rabbit didn’t share exactly how many new endings there will be, there are more than two. This means you can explore new endings to the game that you couldn’t in the original which will be great for those looking to replay or simply discover more about the story.

It looks like Afterlife will not only add a lot of new content but enhance the original game with new Metroidvania moves, more challenging bosses and a more overall complete experience to the game.

As for what will happen after the release of Afterlife, in a developer Q&A, they explained the aim is to update past the release of the game, but no confirmation of further content.

Death’s Gambit: Afterlife will be available PC and Switch on September 30th, available for $19.99 USD or as a free upgrade for those who own the base game.