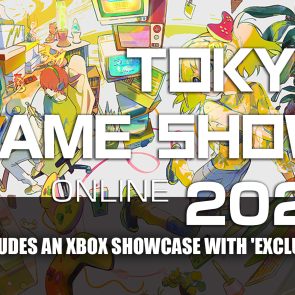 The Tokyo Game Show 2021 lineup has been revealed which will feature reveals, panels and Xbox has already teased exclusive news.

The Tokyo Game Show 2021 will be taking place on September 30th, set to be full of content and showcases. The full schedule has now been announced which will include an Xbox panel is will reveal some exclusive news according to Microsoft.

“Jump in and join Xbox as we bring our gaming ecosystem gaming to the world,” was posted on Microsoft’s outline on the TGS website. It also details some ” exclusive news and content” to be shared at the Tokyo Game Show 2021. While the exact details of what will be shown are still unknown, the Xbox stream will be 50 minutes long.

Other exhibitors confirmed at Konami, Capcom, Square Enix, Bandai Namco, Ubisoft, and Genshin Impact‘s miHoyo. Some have started to share what’s part of the lineup including Konami who will be revealing brand new info for Yu-Gi-Oh! Master Duel, alongside further updates for other titles. Ubisoft will be showing a special program to celebrate Ubiday 2021.

This year TGS will feature 44 programs at the event, with an “English simultaneous interpretation version” also being distributed for all TGS Official Programs.