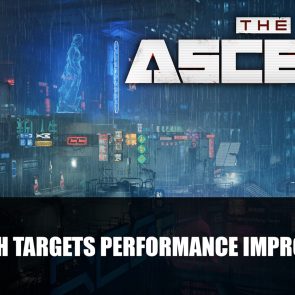 Developer Neon Giant has released a new patch that addresses performance approvements for The Ascent across platforms.

The Ascent gains a new patch which aims to improve the performance on Steam, Windows Store and Xbox consoles. The patch is now live for Steam and is in the process of development for other platforms. The most important part of the patch aims to help improve performance on the PC version, especially for the Windows version.

//:The Ascent – Patch 2
Now live on @Steam and in deployment process for @Windows 10 store and @Xbox players.

Thank you to all our players for the support and feedback! pic.twitter.com/8neoAFYHF8