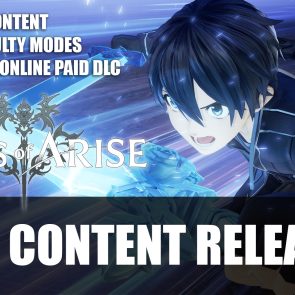 Bandai have announced Tales of Arise will be getting new free content and paid content today, which includes new gameplay difficulties plus premium costumes.

Tales of Arise will be getting both free and paid content today. The free content includes new difficulty modes Very Easy and Unknown modes, which will offer a new less challenging level of difficulty and one that is much more difficult.

The Very Easy option makes the gameplay more straightforward compared to the Story Mode, which is designed for players who are just interested in the narrative. A further training grounds battle will also be available, with the chance to earn new weapons.

For paid content players can pick up more costumes for Alphen and Shionne, plus a new Training Grounds fight which follows the theme of Sword Art Online getting to fight both Asuna and Kirito. It is available for $16. New Mystical Arte and obtain Kiroto’s weapons. 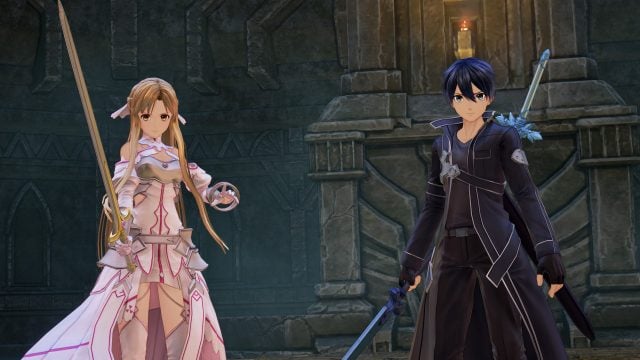 You can check out the Sword Art Online DLC trailer below:

Previously it was reported that Tales of Arise has now shipped over 1 million copies becoming the franchise’s fastest-selling game in Tales history.

Tales of Arise is available on PS5, PS4, Xbox Series, Xbox One and PC. Want to know what we thought of the game? Check out our Tales Of Arise Review: A Beautiful Experience.

For more news find it here in Baldur’s Gate 3 Next Playable Class Is The Sorcerer and IMMORTAL: And The Death That Follows Announced For PS5, Xbox Series, Switch, And PC.