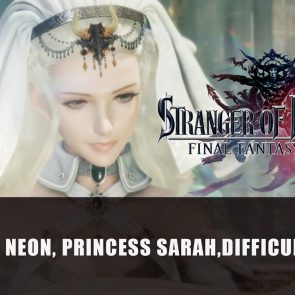 In this Action-RPG Jack is on a mission to risk numerous gauntlets to bring back the light of the crystal to kingdom conquered by darkness. This means facing battles with multiple difficulty options and a wide number of jobs and weapons to customise your party with.

The new info shares the moves you can use in combat including Soul Bursts, Guard, Dodge, Soul Shield, and Lightbringer. 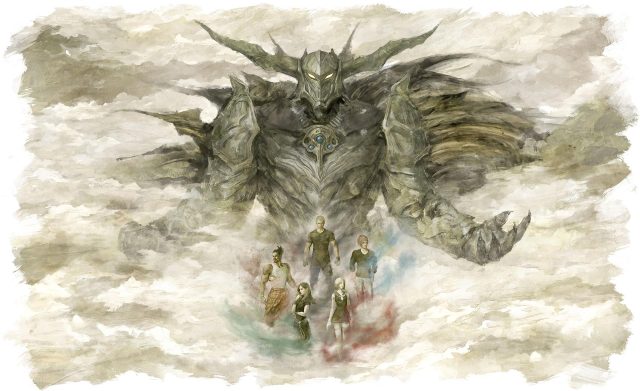 Jack who is voiced by Mocean Melvin in English, Kenjiro Tsuda in Japanese, has a strong desire to defeat Chaos. He also has no hesitation to kill monsters that get in his way and has no mercy.

“All I care about is seeing Chaos dead. I need to. It’s not a hope or a dream. It’s like a hunger. A thirst.” 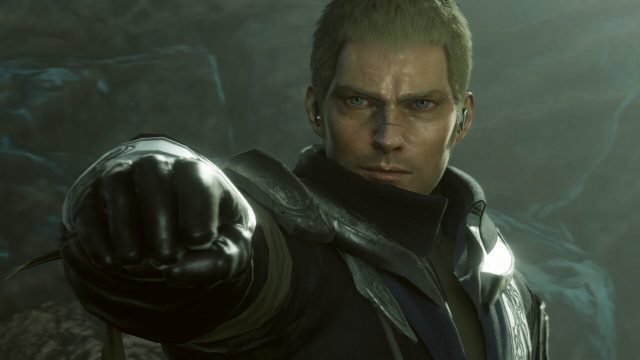 Ash who is voiced by Mark Neely in English, Atsushi Miyauchi in Japanese, is the rock of the party. He not only supports other members but is calm and collected by nature. He also understands Jack’s high combat abilities and this makes him trust Jack.

“Better than good. Only Jack can fight like that.” 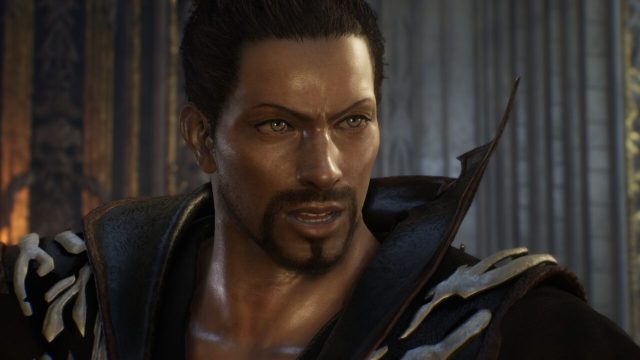 Jedwho is voiced by Alejandro Saab in English, Yusuke Suda in Japanese is a happy go-lucky kind of guy, but just as capable as the Ash. He also looks up to Jack and admires his powers.

“It’s a mercy to forget. Those were your words, Jack.” 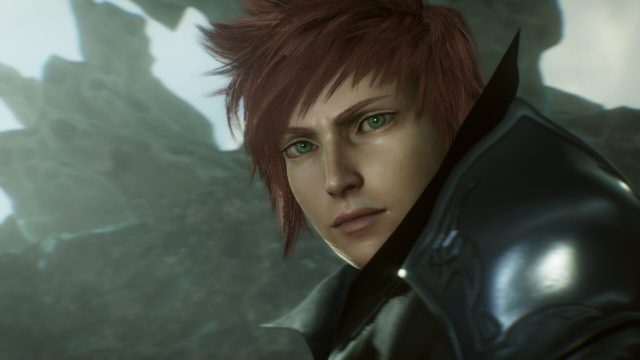 Neon voiced by Alejandra Reynoso in English, Kana Okazaki in Japanese, is the youngest in the group. She has the same level of ability as her party members and is ready to fight through several battles. She however believes Chaos does not exist which makes her clash with Jack at times. 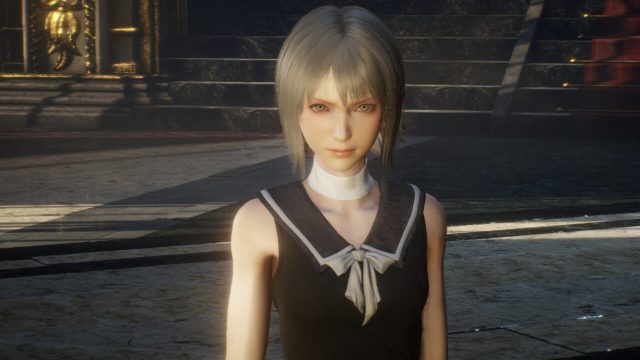 Princess Sarah who is voiced by Cherami Leigh in English, Yume Miyamoto in Japanese is the crown princess of Cornelia. Popular among her people, she also goes incognito to interact with them including when playing her lute. 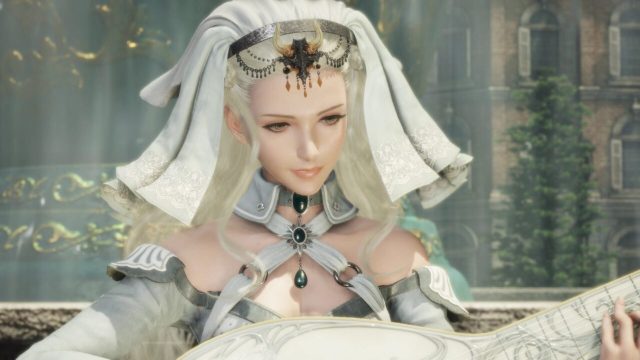 A few event scenes have also been revealed, the first being Neon joining Jack’s party. Are these four the warriors of light who will save Cornelia as the prophecy foretold..? 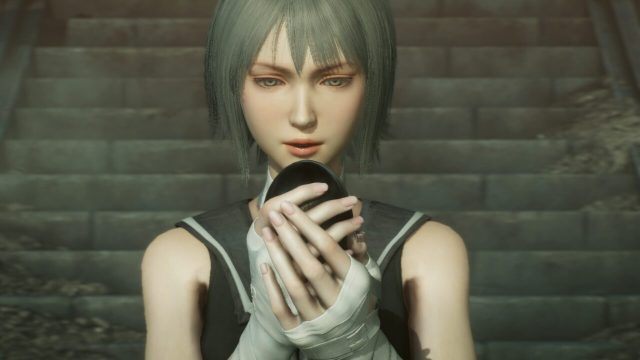 Then there is Neon’s crystal that resonates with the one Jack and the team possess. But the crystal that the party possess are a black colour. 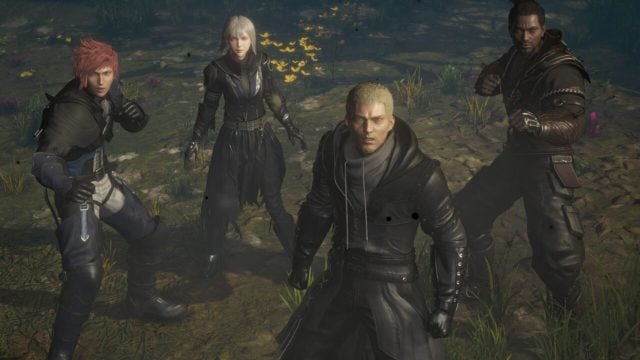 In another scene Princess Sarah asks for Jack’s last name, this is where we learn his full name is Jack Garland. 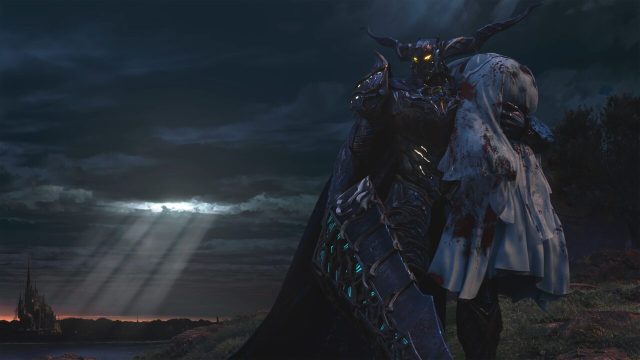 Lastly, the drive to defeat Chaos is strong, the party will continue to slay monsters one by one.

Stranger of Paradise will have challenging battles which are strategic. The story is told in a number of layers and players will gain a number of abilities to overcome their foes. 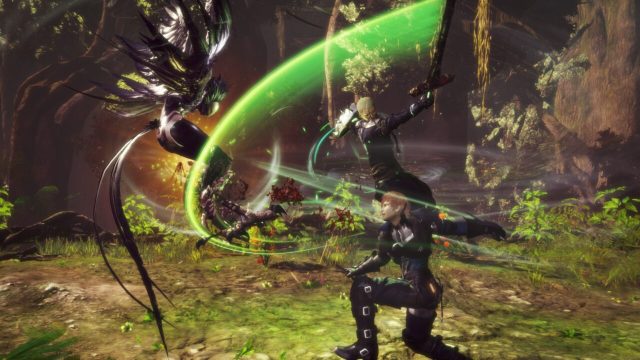 Each boss in Stranger of Paradise will have their own unique movements which will mean identifying their moves and effectively using the soul shield and various abilities to carry you through deadly battles. 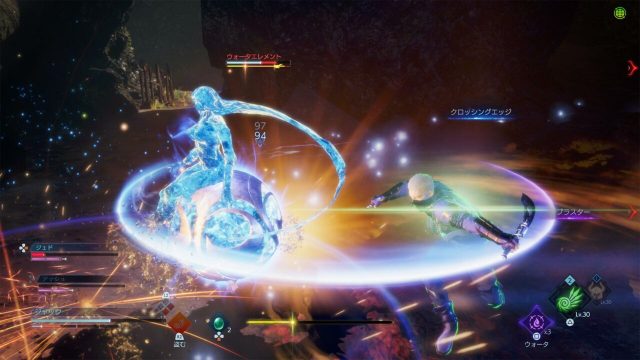 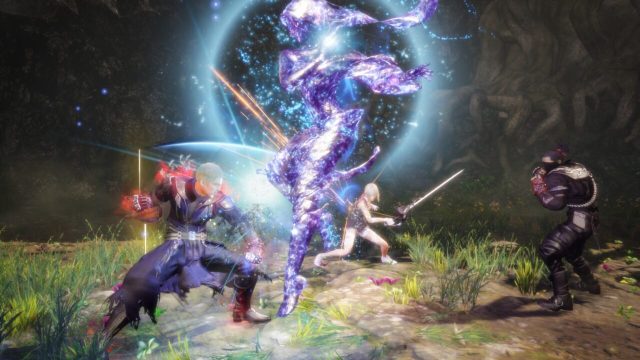 There are various Weapons to wield including Greatswords, Daggers, and Spears which will determine the character’s job when equipped. To acquire new abilities and jobs, these can be obtained through the character enhancement system called the Job Tree. 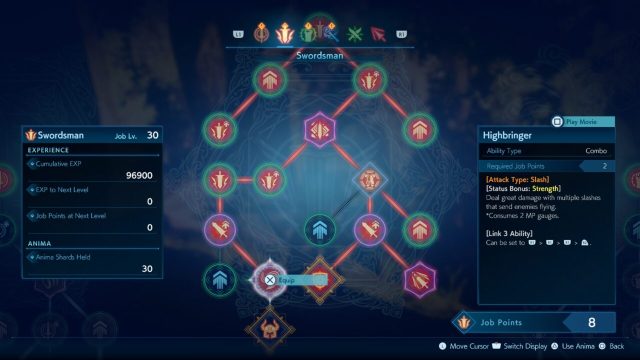 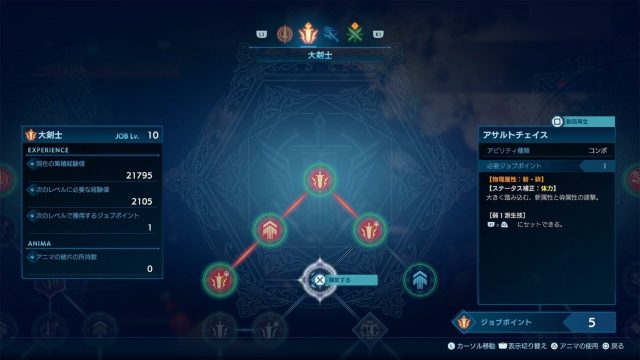 You can choose two different jobs to switch between whilst in battle, this includes magic spells. 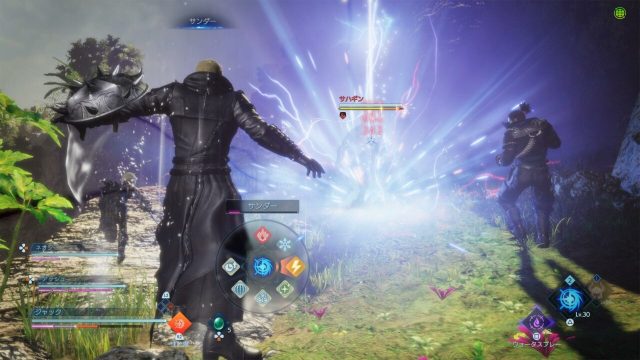 In order to be prepared for battles, you can acquire better gear and equip more powerful pieces. Collection a variety of weapons from treasure chests or defeating enemies. 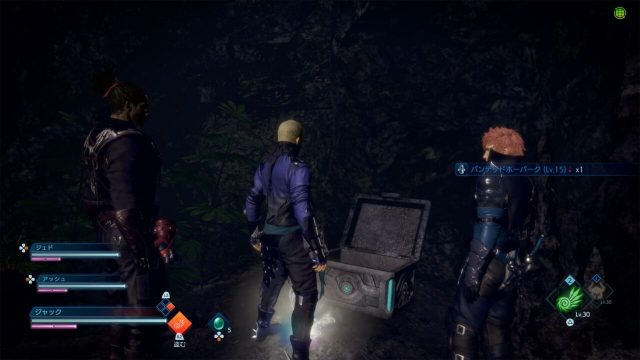 There are a few different controls in Stranger of Paradise Combat:

You can lock onto an enemy and deliver normal attacks. Enemies will display a “Break” gauge which will decrease as you inflict more damage. 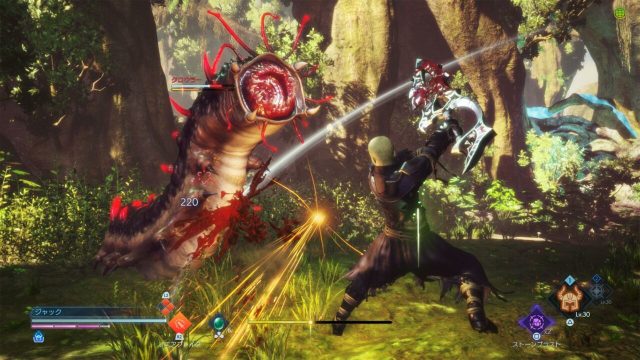 After the enemy’s Break gauge reaches zero, the enemy will enter a “Break” state. You can then approach the enemy and activate a soul burst which will deliver a final blow. Defeating enemies with soul bursts will increase your maximum MP and MP is restored. 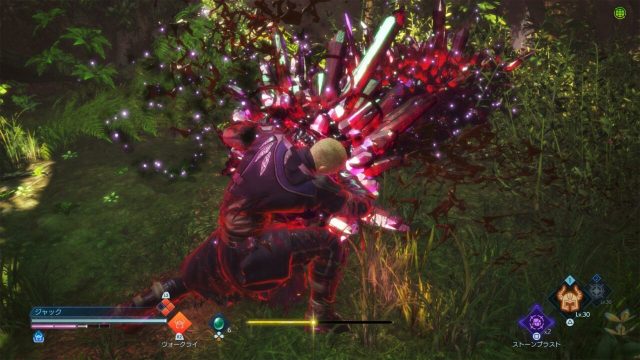 You can guard against enemy attacks with your weapon. 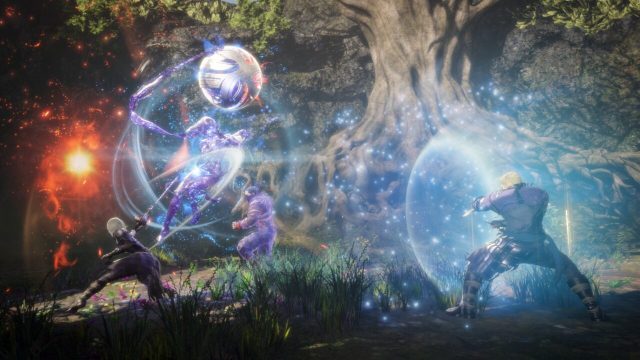 Next up is Soul Shield, which can be triggered when a Consume Break is set up. While your Soul Shield is up and you take an attack, your maximum MP increases and MP is restored. Activating a normal attack right when your enemy delivers an attack, this delivers a deep-dive counter. 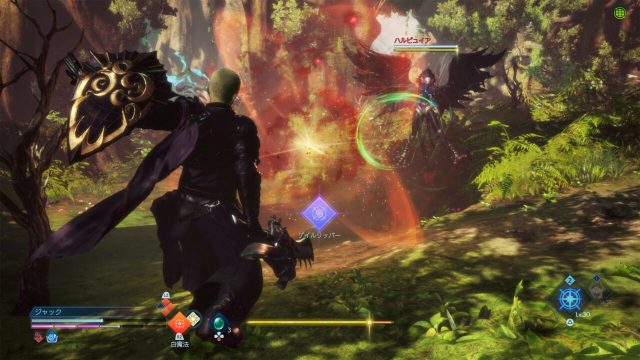 When your max MP is two bars or more, you can consume two bars of MP and max MP to activate Lightbringer. This move makes finishing off enemies easier with a Soul Burst, this also can be used to fight back when enemies surround you. 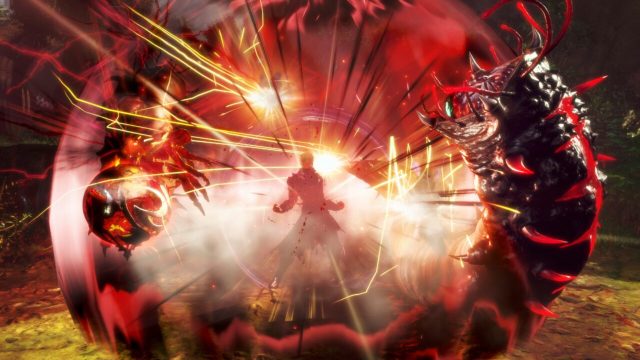 There will be three different difficulty modes to choose from which includes a story mode for those who wish to focus more on the narrative but still let’s you enjoy the battles but it’s easier than casual mode: 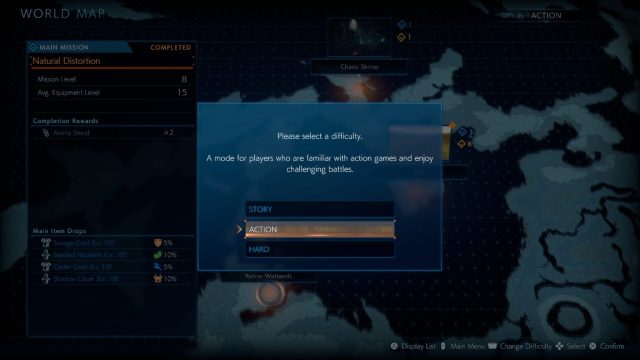 You can play online in multiplayer mode with up to three players. This means you can team up for main story and side missions with friends. In multiplayer mode equipment, and other items will drop for each player as individual loot. 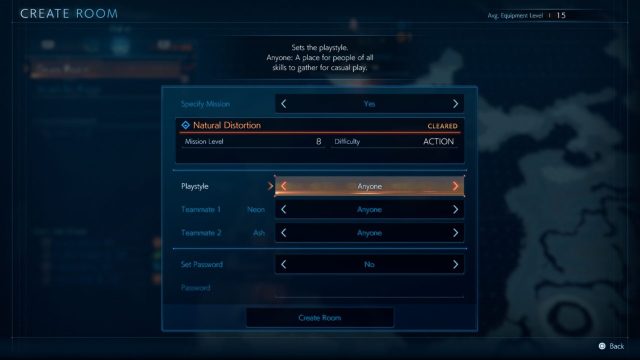 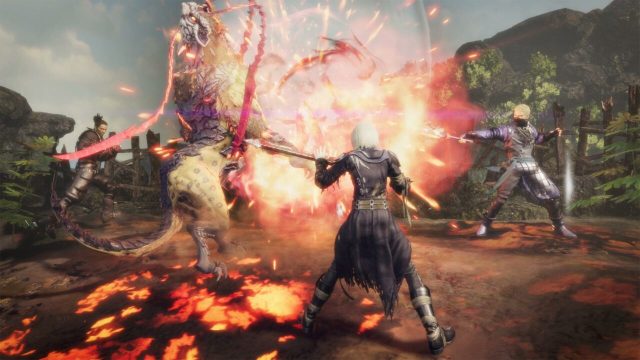 It is said that a shrine did not originally exist at this location. Perhaps, at a certain point in time, in a distant future in which no one could intervene, an incident happened which triggered the creation of this shrine… 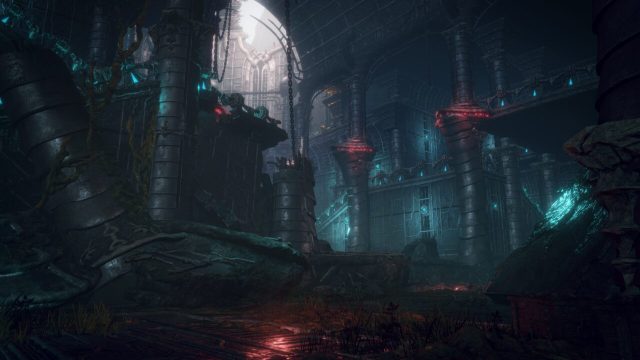 It is said that in this land exists a material which can cause distortion in the world. By artificially controlling the weather and adding distortion that originally didn’t exist through natural causes, it is said that darkness is created. 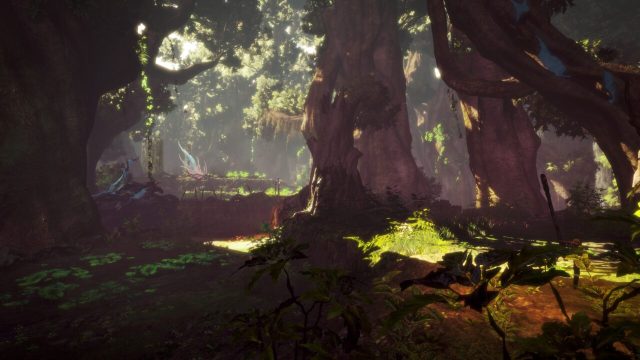 Stranger of Paradise: Final Fantasy Origin is due out for PlayStation 5, Xbox Series, PlayStation 4, Xbox One, and PC via Epic Games Store on March 18, 2022.

If you want more Stranger of Paradise check out what we thought of the free trial and first impressions check out our Stranger Of Paradise: Souls-Like Final Fantasy Impressions: Combat, Story, Customization And More.