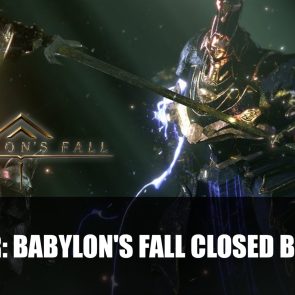 With E3 just around the corner, an influx of news and rumours are in full swing. One game that has been rather quiet in news lately is Babylon’s Fall, but now a listing has popped up signaling maybe we’ll be hearing something soon.

Babylon’s Fall is a new IP being developed by PlatinumGames first revealed at E3 2018 with publisher Square Enix, which has so far gotten a few screenshots and trailer or two. It appears to be a hack and slash type game, with some Dark Souls vibes, but so far details about the game have been few. But a recent listing on SteamDB has caught the attention of Reddit netizens as it contains the title “Babylon’s Fall (Closed Beta Test). This listing was last edited on June 1st.

This doesn’t guarantee that a beta is happening soon, but the timing is very curious as E3 is happening this month. 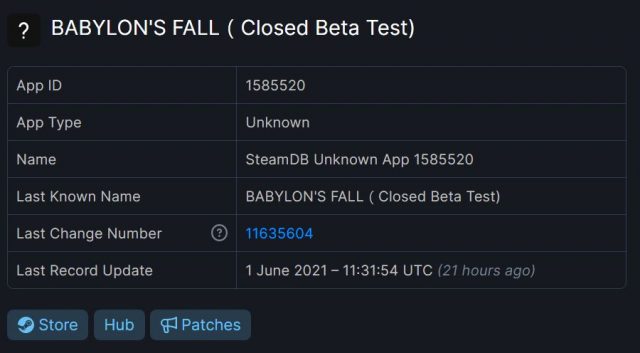 So far there has been no official news so far about a possible beta or that there will be news shared at E3 this year, so take this with a grain of salt. Last we heard of Babylon’s Fall was toward the end of last year when producer of Square Enix Yosuka Saita shared an update that the game was still in development, and also there was news they were working from home in the middle of last year. But it’s been pretty quiet since then, hopefully it’s time for an update.

Hopefully this listing means the game will be getting some news soon, as it will be exciting to see what the development team has been up to.

For more news find it here in Phantasy Star Online 2: New Genesis Announced To Be Launching June 9th and CD Projekt Red Are Currently In The Process Of Relisting Cyberpunk 2077 On Playstation Store.