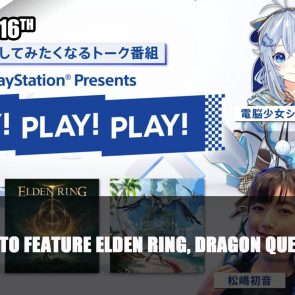 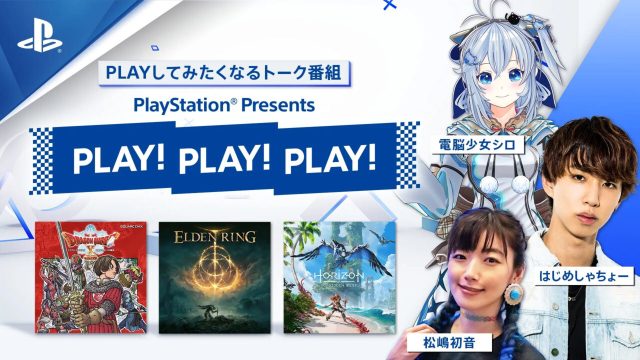 The description seems to be going over previous details or “published information” on Elden Ring, as Vtuber and fan Dennou Shojo Siro will introduce the upcoming title, with host Hatsune Matsushima going into details and holding a discussion about the game.

The livestream will also feature the offline version of Dragon Quest X which is releasing in Japan next year in February 2022. It will also be releasing a new expansion for the offline MMO called Dragon Quest X: The Sleeping Hero and The Guiding Ally Offline in Spring 2022. According to the content outline there will be a first look at gameplay with the producer of Square Enix Takuma Shiraishi.

The sequel to the highly acclaimed Horizon Zero Dawn, a Playstation launch exclusive Horizon Forbidden West will also be featured during the livestream. The game is set to release next year in February 2022 on PS4 and PS5.

According to the post on the Japanese Playstation Blog (translated by Gematsu) the livestream will feature the following content:

While there might not be new details released during this livestream, there’s always hope of a new tidbit or something new shown for Elden Ring but we’ll have to wait and see. If you want to catch up on what we already know, be sure to check out next Elden Ring | Why I Don’t Think “Opt-In” Is The Solution To Solo PvP Invasions.

You can drop by the Elden Ring wiki for all the latest information.

For a rundown of recent RPG news find it here in Top RPG News Of The Week: October 10th (New World, Baldur’s Gate 3, Stranger Of Paradise And More!).