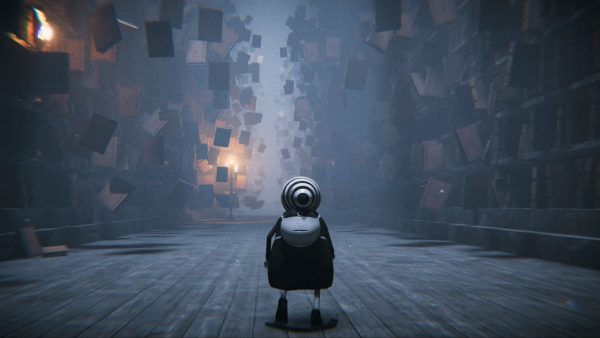 If you’re a fan of atmospheric, moody indie games that deliver some delightful and pretty graphics, Mona could be for you.

The game sells itself as an ‘immersive third-person exploration and puzzle game’ set on a peculiar island inhabited by weird and wonderful creatures. As per the developer – a one-person operation from V. Aalbertsberg – the game features a unique narrative style, which is exclusively delivered via exploration, environment, and visual storytelling.

“Mona is an immersive third-person exploration and puzzle game set on an eerie island filled with fantastic creatures,” says a brief blurb for the title over on its Steam page. “Explore the world and uncover its secrets to figure out what ancient evil decimated the people who used to live there.”

The island setting of the game is wholly hand-crafted, and if you’re a fan of immersion and exploration being as pure as possible, you’ll be pleased to know there’s no UI – it’s just you and the weird ecosystem of this mysterious island.

Perspective puzzles, physics challenges and more tasks related to the game’s ‘unique microcosm with its own rules and occult magic’ await you in the historical, dusty climes of this odd island if you choose to venture into its depths.

Check out the trailer above to get a better idea of what to expect from this atmospheric indie gem. There’s no release date attached yet, but we’ll be keeping an eye on this one for the time being.

The post Mona is a cool adventure game in the works from a one-person dev team appeared first on VG247.