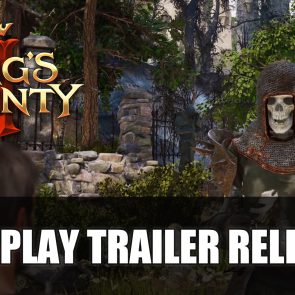 In the latest trailer for King’s Bounty II, developer 1C Entertainment previews some of the gameplay players expect from the tactical turn-based title. It introduces the world of Nostria, where players will embark upon a journey with three different characters to choose from, with classes Warrior, Mage and Paladin. Players can choose skills, attributes and talents. The trailer also showcases the different combat styles, terrain and some of the enemies players will face.

Players will also be able to customise their characters with gear, choosing armor and look. You can check out the full trailer below:

King’s Bounty II will release on August 24th for PC, Xbox One, Playstation 4, and Switch.

For a roundup of recent RPG news find it here in Top RPG News Of The Week: August 1st (Mortal Shell, Crimson Desert, Pathfinder: Wrath Of The Righteous And More!).