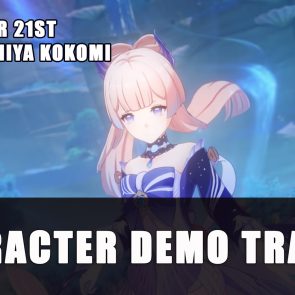 miHoyo have released a new trailer for Sangonomiya Kokomi this time demoing her moves in “A Thousand Waves Under the Moon”.

In case you missed it, Aloy came to Playstation earlier this month as free 5-star character, and will be joining all other platforms in update 2.2. Her bow is an exclusive for the Playstation platform.