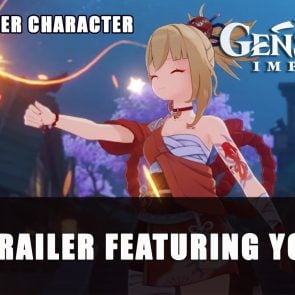 Yoimiya is the next character to be joining Genshin Impact, following the recent release of version 2.0 which introduced the next region of Inazuma. A new trailer features the pyro vision holder Yoimiya who wields a bow.

Yoimiya also known as the “queen of the summer festival”, will be joining the online RPG on August 10th. Sayu will also be joining with the next banner as a 4 star character with an up rate.

In case you missed it miHoyo announced the first crossover character to join the free-to-play title is Aloy from Horizon Zero Dawn, who will be joining as a free 5 star character first on Playstation on October 13th and then later coming to all platforms on November 13th.