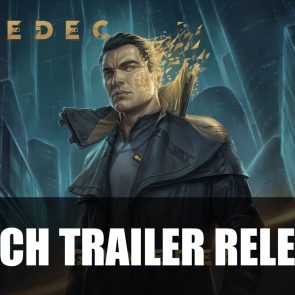 A launch trailer has been released for the cyberpunk isometric RPG Gamedec.

The launch trailer for Gamedec has been released featuring the detective RPG’s gameplay set in 22nd century Warsaw and different virtual worlds. It also shows some of the avenues you can go down depending on the personality type.

You can check out the video and trailer description below:

Dive deep into the Cyberpunk World of Gamedec Gamedec is a narrative-focused, non-combat story that puts players in the shoes of a digital detective diving deep into case files spread across the digital worlds of 22nd century Warsaw. How you respond during each case is as important as what you discover—your personality determines skills that unlock different opportunities and paths to different cases.

Gamedec sets to follow the classic RPG structure, focusing on player choice in an adaptive isometric RPG. In this game the player will “solve crimes in virtual worlds”. The game emulates tabletop RPGs, with a focus on character development and decision making. Players can craft a unique set of professions, to lead investigations in their preferred style.