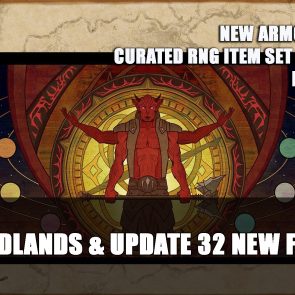 Over the weekend Zenimax unvealed some exciting new features coming to the Elder Scrolls Online with Update 32 and Deadlands.

The next update 32 and the Deadlands DLC will be coming to Elder Scrolls Online. The PTS for this update is releasing on Monday 20th September, so you can test out all the next features and preview some of the new additions. The additions for this patch mostly focus on new features including one that will make switching Roles much easier.

There was also a quick preview of the new Deadlands zone coming with the DLC. The new zone Deadlands will introduce new areas part of the Daedric realm of Mehrunes Dagon including the Fleapit. This includes new Delves to explore.

One of the best features which was announced during the ESO livestream on Friday was the Armory. Up until this point players have had to manually switch between Armor and respec a number of things for their characters to simply switch between roles such as Tanking, Healing and DPS. This will be a thing of the past with the introduction of the Armory, where players can load builds with a simple click of a button. This feature will be coming to all platforms, so while in the past PC players have had add ons to deal with such issues, this feature will be part of the base game, and available now for all platforms. 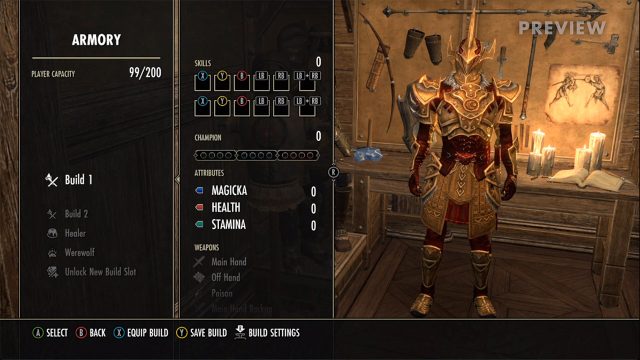 The builds/loadouts will let you set up Skills/Morphs, Attributes, Weapons, Champion Points, Armor and even Curses (Vampirism/Lycanthropy). Best of all there is no need to respec and will not cost you anything when switching between these builds making it free, meaning switching roles or doing different content is much easier. This quality of life feature will make those who don’t want to have numerous alts of the same race for example and simply want to create a character with more than one purpose a breeze. You can even assign an icon to that loadout so you can easily recognise what type of setup it is. It will also save Quickslots also. 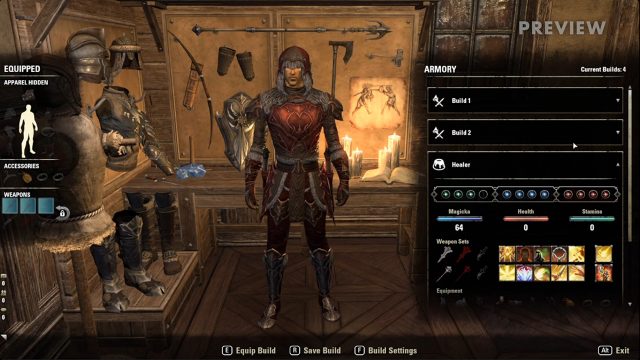 This will also be great for switching content, if you need a particular build for PvP, for Trials or for Dungeons. This makes organising your Armor, Skills and more that much easier. You will need to go to your inn/housing in order to switch builds using the free housing item available in the Crown Store.

There are some limitations though, in order to equip certain items such as armor, you will need to have these items in your inventory. The developer affirmed that it won’t work with items in your bank or housing storage. Mundus Stones will also not be saved to your loadouts. Each character will have two loadouts, and those who want more slots will need to purchase them in the Crown Store with a maximum of 10 available per character. 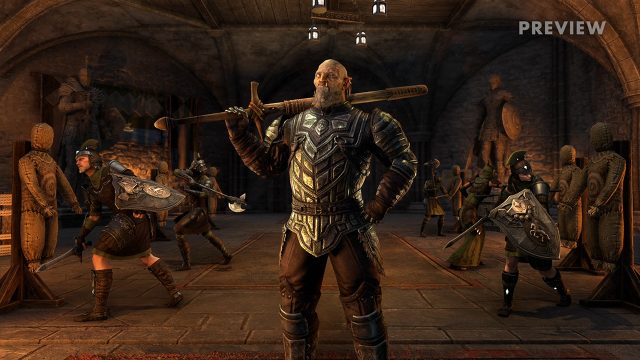 A change in how you gain items in dungeons is getting an update, changing the way you will gain these items. Item Set Collections will be part of a sort of sticker book/collection, meaning if you have collected items in that set, you will have more of a chance of getting an item you’re missing. This will work also for monster helms in dungeons. Hopefully this will alleviate the RNG, limiting the amount of times you have to run a dungeon to get the item you’re after.

Quality of life features include Skyshards now appearing on your Map and Compass when you get close to it. This includes Delves where you will see the icon on both overland and inside the Delve when you enter. The Skyshard by default will disappear from your map once you’ve claimed them, but can be turned back on through filters. The zone guide will also help you find the next one.

Incursions such as Dark Anchors, roaming World Boss etc. will now show when they are active similarly to how Dragons work. Another feature is that Guild Vendor mail will be almost instant with the update.

ESO will be gaining DLSS which will work with both RTX20 and 30 series. A new feature by Nvidia will also be debuting on ESO which is DLAA (Deep Learning Anti Aliasing), which will improve anti-aliasing.

Elder Scrolls Online Deadlands & Update 32 will be live on the PTS on September 20th, so you can check out all the changes plus balance changes and fixes. The next major livestream will be October 1st for Elder Scrolls Online which will end out the Gates of Oblivion year.