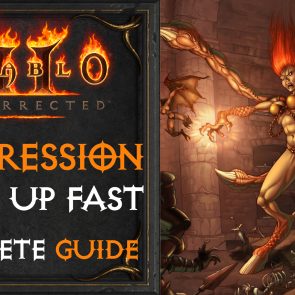 Diablo 2 Resurrected Beginner Guide for everything that you need to know to quickly level and up and progress through the game (D2R). This Diablo 2 Guide is intended for newcomers, but if you haven’t played in a while you might find it useful to refresh your memory.

Similar to other games, leveling up in Diablo 2 Resurrected becomes harder and harder as you progress through the game. After completing the first difficulty (Normal), you might notice that you are having trouble keeping up with your current location, and that you are not getting that much experience, so following this Guide will ensure that you are getting full advantage of each run you complete.

Where to Level Up

Depending on your level, there are some areas that will give you much higher experience that you would normally get by just running around the map. This is because these areas have large packs or unique monsters. The idea here is that you head to these locations, and kill all the enemies you encounter there. Once you are done, exit your current game, create a new one and repeat until you reach the recommended level. This might be a little repetitive, but it’s the fastest way to level up in Diablo 2 Resurrected.

Here is a comprehensive list on where you can go according to your current level:

Repeatedly clear Tristram. You’ll need to activate the portal to Tristam during The Search for Cain quest.

The fastest way to complete this run is to teleport into the Stony Field using the waypoint. Search for the Tristam portal, head inside and defeat all enemies. You want to focus on elites, which usually spawn in the middle area. 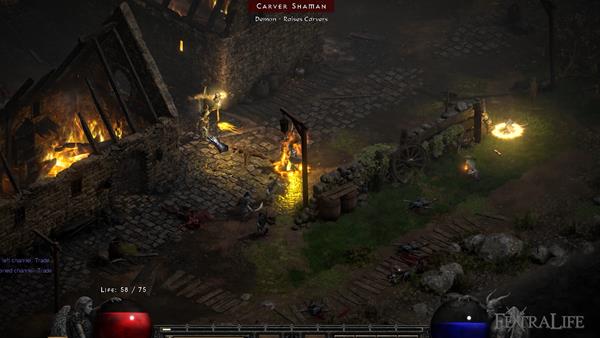 Clear Tal Rasha’s Tombs in the Act II Canyon of the Magi (last waypoint). You’ll need to complete The Summoner quest to reach the Canyon of the Magi. The idea is that you go inside each of the Tal Rasha’s tombs and kill all enemies. Once you are done, head to the next tomb and repeat. This includes both the fake tombs and the real one. When you clear all tombs, just create a new game and repeat. 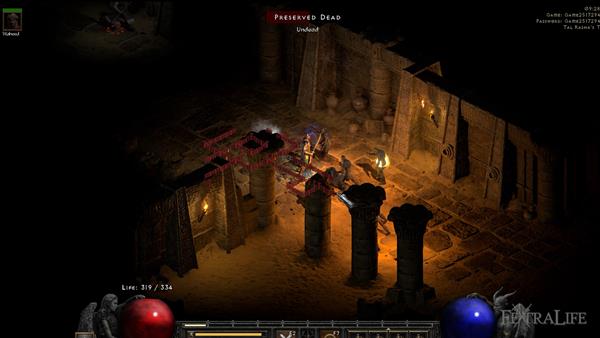 Repeatedly clear Chaos Sanctuary (Diablo’s Lair) or complete Baal runs. I personally like to complete Baal Runs for leveling up, as they require less effort. Just teleport to the Worldstone Keep Lvl 2 on Act 5 (last waypoint), and head to the Throne of Destruction. Once you are there, defeat all Baal’s waves, exit the game and repeat. It’s not necessary to Kill Baal for the experience, but you might want to do it to see if you can get some extra items.

The other option is Chaos Sanctuary. To complete this run, just teleport to the City of the Damned on Act IV (last waypoint) and head towards the Chaos Sanctuary. Defeat all enemies and all elites that spawn from the seals. Once you are done, you can kill Diablo as well for some extra loot.

Complete Rite of Passage (Nightmare difficulty). Once you reach lvl 40, you should be strong enough to face Nightmare Difficulty. Complete Acts I to IV for a second time, and complete the Rite of Passage quest.

Repeatedly clear the Chaos Sanctuary and complete Baal runs (Nightmare difficulty). Once you’ve cleared the Rite of Passage quest, you should start doing either Baal or Chaos Sanctuary runs in Nightmare Difficulty. The mechanics are the same for all difficulties.

Complete Rite of Passage (Hell difficulty). Once you are level 60 you should be able to face Hell difficulty. Keep in mind that you’ll also need better Equipment, as enemies are much stronger at this difficulty. If you are having troubles you might want to farm runes from the The Countess. 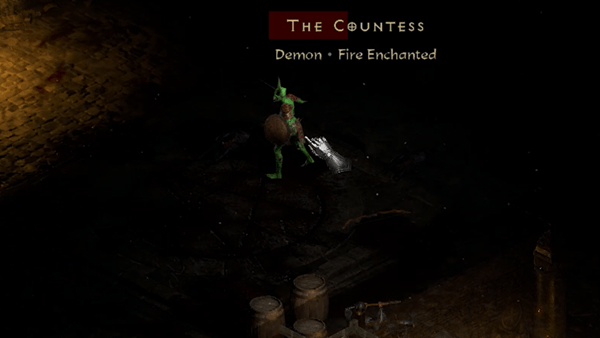 If you are playing online and having difficulties you can ask a friend or someone to power level you through hell difficulty. Some people might offer you assistance in exchange for your Hell’s Forge Quest runes. I highly recommend that you don’t accept this, as those Runes will probably get you started on your equipment. Also keep in mind that the other person might leave after taking your Runes, leaving you on a very bad spot.

I personally recommend that you only level up to around levels 90 or 94. Leveling up beyond that will require an insane amount of Baal or Chaos Sanctuary runs, and you won’t get much difference for a couple of skill levels and attributes at that point.

While leveling up alone or online is similar, there are some things that you’ll want to consider about them.

Each time a players joins a game on Online, enemies will get increased Health and Damage, but they will also provide more loot and experience. Experience is shared between all party members that are nearby, so joining an 8 person game will greatly increase your experience gain. This is not only because of the amount of experience earned, but also because the clear time is much faster because of the combined efforts. For this reason, you should always join public games to complete any of the previously mentioned runs while playing online 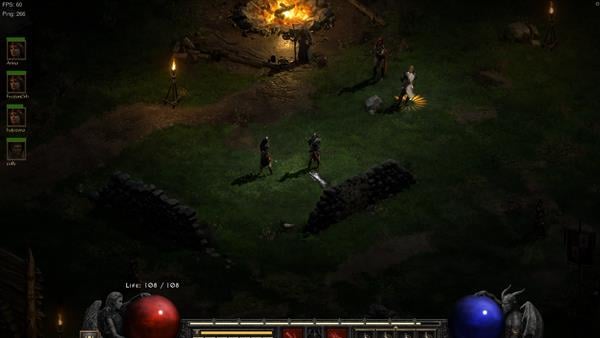 While playing in Single Player, you can mimic the previously explained mechanic by writing “/Players X” with X being a number from 1 to 8. This will copy the settings of an X player game, but you’ll be able to keep all the experience for yourself and get increased loot at the same time.

This is also very beneficial, because your clear-time will probably not be affected as much. For example, if you an enemy has 100 health at /Players 1 and 800 Health at /Players 8 and you deal 800 Damage, you’ll kill both enemies with 1 hit, but the /Players 8 one will drop 8x time the experience and loot. Additionally, you’ll save time that is usually lost by exiting and joining a game to create new runs. 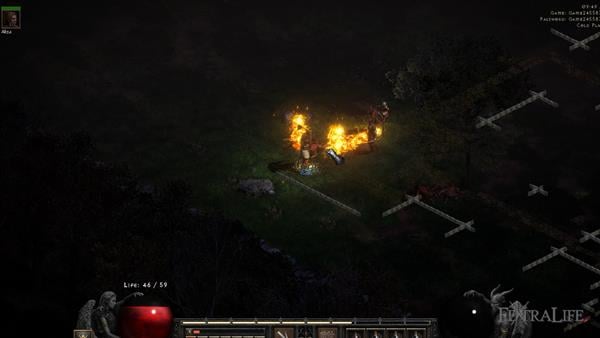 Another key difference between Single Player and Online is that when playing single-player, area maps will always remain the same even if you save and load the game, while in online-mode, they will change each time you enter a new game. This means that if you are playing on single player, you’ll know exactly where you need to go to reach you desired location, while on online mode you’ll lose some time exploring. You can re-roll single-player maps by swapping between difficulties.

Another good alternative to leveling up a new character is by power-leveling using an Enchant Sorceress. Enchant is a fire skill that allows you to buff yourself, or other characters granting a fire damage bonus. The damage is flat, and will persist for many minutes, meaning that you can make a Level 1 character able to 1-hit almost everything on Normal difficulty.

Quests & Sidequests, Which to Do

Each Act has 6 quests, with the exception of Act IV that has 3. While I strongly recommend that you complete All Quests to fully experience the game, they can become a little tedious when done over and over again. Luckily, you don’t need to complete all quests to finish the game. As a matter of fact, very few are necessary but some of them are still very useful.

Some of these quests are not required to complete each act, but provide very useful rewards that will persists through all difficulties. You can complete each quest 3 times (one for each difficulty).