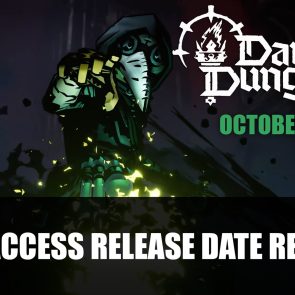 Developer Red Hook Studios has announced the sequel to the roguelike Darkest Dungeon 2 is coming to Early Access on the Epic Games Store this October.

Red Hook Studios and Epic have announced the Darkest Dungeon 2 will be coming to Early Access and Epic Games Store on October 26th.

Previously it was announced that Darkest Dungeon 2 would be coming to the Epic Games Store in Early Access in 2021, with a whole refined combat system, as well as new monsters, bosses as well as challenges. Red Hook shared that a sequel was underway, not divulging too much in the way of details but did say that the combat system will be consistent with the first title but will have a “significant tune-up mechanically”.

In an interview with PC Gamer, the developer shared that old favourites will be coming to the sequel, but new characters will making their appearance in Early Access. From what we have seen from the teaser trailers there are two locations, the first being snowy mountains and the second being in the city. According to the devs “To get somewhere, you’ve got to go through some stuff…” so this could be a hint of how to get to the mountainous region.

The RPG Darkest Dungeon is a cosmic horror title based around exploring dangerous environments, seeking loot and battling the many creatures that lurk in the world. Adventuring isn’t taken lightly as each encounter with these horrific monsters will drive the explorers closer and closer towards madness. Characters in their party would gain unfortunate negative effects which would cause further challenges.

Darkest Dungeon 2 will release in Early Access on the Epic Games Store on October 26th 2021.