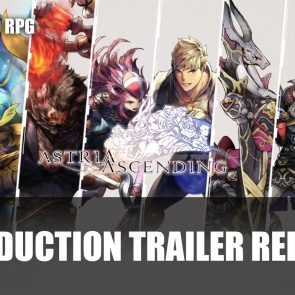 A new trailer for upcoming RPG Astria Ascending has been released introducing the game.

Developer Artisan Studio and publisher Dear Villagers has released a new trailer featuring the upcoming RPG Astia Ascending. The trailer introduces the game with a hand-drawn animated trailer. The trailer features the story of the game, introducing some of the different inhabitants of Harmelon, a fantasy world home to different races all living in harmony according to the narrator, well at least in town. The trailer is hand-drawn, narrated in a storybook style animation.

Astria Ascending will feature turn-based gameplay with a team of companions you can put into a party of four, using different combinations to overcome enemies. In this JRPG that follows a classical approach to the genre, players will follow a story of eight heroes who are Demigods fated together.

If you want to know what over RPGs are releasing this month, check out our Top 5 Upcoming RPGs Of September 2021.

For more news be sure to check out next Tales Of Arise Has Now Shipped Over 1 Million Copies; Fastest Selling Game In The Tales Franchise and Gamedec Launch Trailer Released.